NEW YORK, July 25, 2022 - (ACN Newswire) - The UN Joint Staff Pension Fund (UNJSPF) partnered with the UN International Computing Center (UNICC) to launch a Digital Certificate of Entitlement (DCE) app to modernize the tracking and eligibility of UN retirees. This app allows retirees to use their smartphone, tablet, or another personal device to submit an electronic certificate of eligibility instead of a paper-based submission. The DCE uses cutting-edge biometric/facial recognition, blockchain, and global positioning technologies to track the eligibility of retirees. 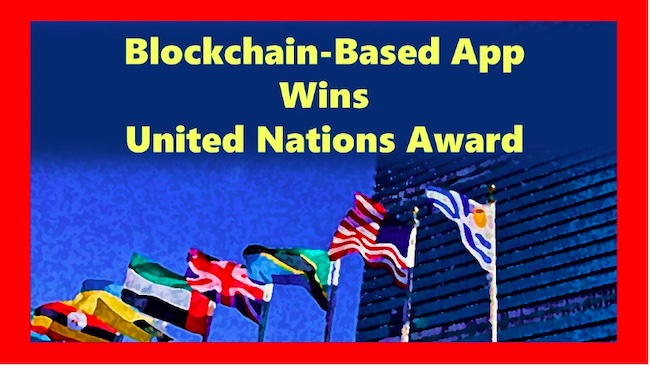 The DCE project was piloted in 2020 with retirees from the World Food Programme and the Food and Agricultural Organization. The DCE deployment was then fast-tracked in 2021 as a response to the worldwide disruption of postal services caused by the COVID-19 pandemic. Now 20% of eligible retirees and beneficiaries have enrolled in the DCE and more than 10,000 retirees and beneficiaries have successfully issued their Certificate of Entitlement via the app.

The DCE is environmentally friendly, secure, and delivers organizational efficiencies to the UNJSPF. For that reason, the United Nations has selected the DCE as the winner of the Secretary-General Award for innovation and sustainability.

"The United Nations has proven that blockchain technology can be used by governments to streamline enterprise-level processes," said Dino Cataldo Dell'Accio, CIO, UNJSPF. He continued to say, "The UN is a leader in using blockchain and other cutting-edge innovations to improve the lives of people around the world."

After the successful launch of the blockchain-based DCE, Dell'Accio recognized the need for a roadmap and evaluation criteria for blockchain solutions. As a member of the non-profit Government Blockchain Association (GBA) (https://gbaglobal.org), he volunteers his time and experience to help develop standards in support of innovators and problem solvers around the globe.

For more information about the DCE and the award, go to the UNJSPF Digital Certificate of Entitlement page (bit.ly/3PzmpSu).