While visiting the ancient site of Tanis in Egypt Lizziekaren (YouTuber) found an ancient stone finger from a statue.

en I saw something odd sticking out of the ground," said Lizziekaren.

Upon picking it up she immediately recognised it as the finger from an ancient statue.

Finding any kind of artefact in Egypt is serious and Lizzie was very aware of not doing anything to upset the Egyptian officials so she placed the finger safely on the nearest large statue and went to find the site Egyptologist.

“I took a photo of the finger and its location. I certainly did not want to be wandering around with an ancient artefact in my hand. “

Upon finding the Egyptologist and showing him the photo of the finger and it’s location he was incredulous. “It can’t be,” he said.

Note: The Egyptologist was the Tanis archaeological site’s lead, Ezzat, who is recognised in the Lonely Planet Guide to Egypt as the person to talk to about anything relating to Tanis.

When later asked about what happened to the finger LizzieKaren said “I gave the finger to the Egyptologist”.  A most unlikely comment from a polite kiwi lady.

This discovery has already won her the name Mom Sety, by well known Tour Guide, YouTuber and Esoteric researcher “Anyextee” who coined the name after the famous British lady Omm Sety who also dreamt of Egypt. 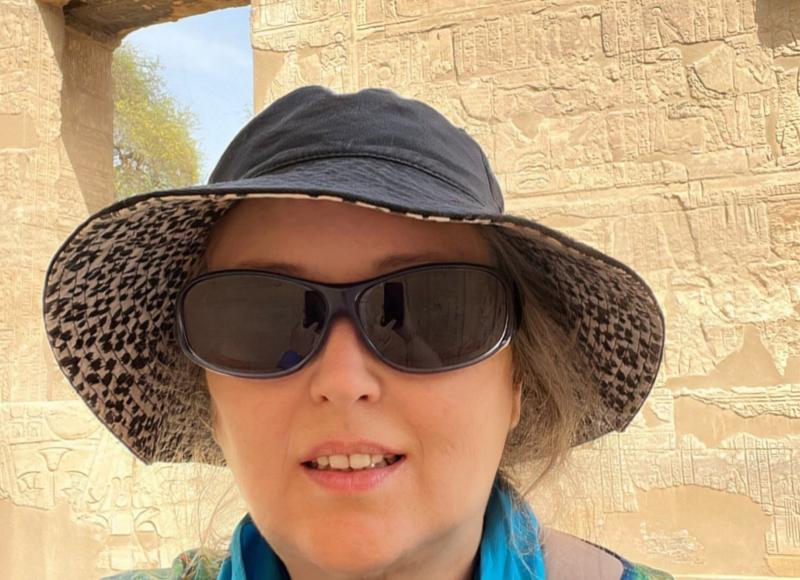 Lizziekaren has a YouTube channel called “Dreams of Atlantis Prior World”. The channel is based on her dreams of ancient locations.