BAODING, China, Aug 23, 2021 - (ACN Newswire) - FTXT Energy Technology, a Great Wall Motor (GWM) subsidiary, along with partners Dayun, Dongfeng and Foton, have successfully delivered a fleet of 100 hydrogen heavy trucks for the Xiong'an New Area construction project in Hebei Province, China. The 49-tonne fleet was unveiled at the Great Wall Technology Center, with the handing over ceremony on August 14 at Service Station #1 on the Rongyi Road in Baoding City, near Xiong'an. 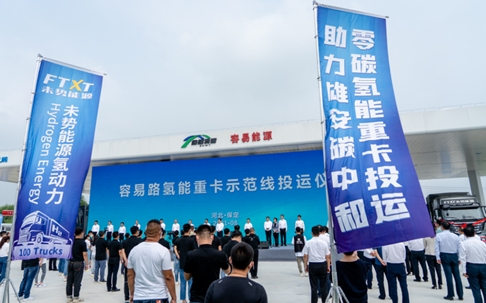 The handing-over ceremony on August 14 at FC Service Station #1 on the Rongyi Road in Baoding City, near Xiong'an. 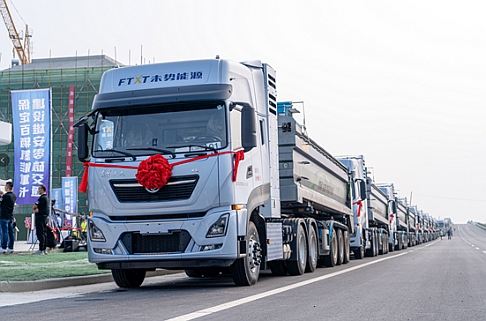 The heavy trucks are fitted with high-power 111kW hydrogen fuel cell engines, hydrogen stacks and hydrogen storage all by FTXT. 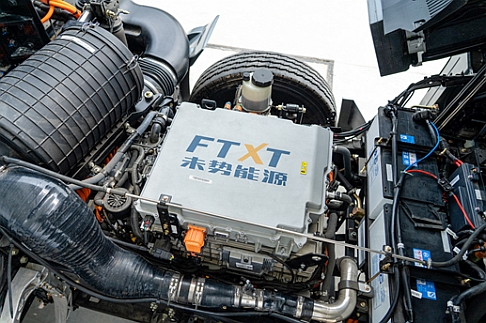 Rongyi Road is the main artery for transporting construction materials to Xiong'an New Area. In the next five years, fuel cell trucks on the road will increase to more than 1,000. The trucks will be refueled at 10 Service Stations along the 50km road. The project aims to establish the basis for expansion to other regions based on its success, and to promote the development of a green transportation system nationwide.

The heavy trucks are fitted with high-power 111kW hydrogen fuel cell engines, hydrogen stacks and hydrogen storage, fly compatible with each other on both power and control levels, developed by FTXT. The engine has a lifetime of 10,000 hours and can be started at -30 degrees C. All system components are locally sourced, with resulting costs decreased by about 28%.

The FC engine has broken many of the industry's technical barriers, with the overall performance index and safety performance grades at an advanced international level. FTXT aims to extend the technologies to the first commercial vehicle applications using hydrogen energy in China, in the next 3 to 5 years. During the current stage, FTXT will demonstrate and promote 1,330 FCEVs in Hebei province.

GWM, China's biggest maker of sport-utility vehicles and owner of FTXT Energy, will roll out its first hydrogen-powered SUV this year, and deploy its hydrogen-powered cars during the Winter Olympics in China next year. Zhang Tianyu, head of FTXT Energy, said "The technological breakthroughs we have achieved till now, in many ways have helped us to significantly reduce the costs of the final product, as well as ensure high performance, durability, and overall efficiency."