Pixl.One has announced details of their platform to change blockchain advertising, one pixel at a time.

TALLINN, EE, June 9, 2021 - (ACN Newswire) - The advertising industry is in a dire situation today, with ads and other promotional media being forced on viewers - Leading to endless spam and ineffective conversion rates for companies. Ads help media and content creators monetize their creations but with the middleman taking a significant portion of the earning, they are forced to run more ads to achieve the same end result. The answer is clear - A change is needed in the advertising landscape. 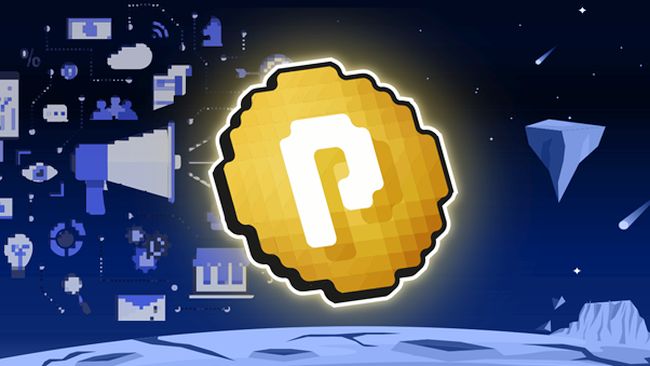 Pixl.One is offering users from around the world a chance to break the online advertising status quo by leveraging blockchain technology. This eliminates the need for an intermediary, with the revenue generated being directly sent to the content creator. This is all made possible via the One Million Pixel Page, a digital landscape consisting of one million individual pixels, which are all available in any quantity up to 1 million. A true digital billboard, built by the people, for the people.Pixl.One understands the need for authentic interaction in the importance of converting ad impressions into clicks - and with viewers able to swipe the ads and essentially vote what is pleasing and what is not, the best ads will show, attracting vastly improved conversion rates. Pixels can be bought using the native PXL tokens through the fully audited, completely rug proof BSC smart contract. The one Million Pixels Page is set to launch in Q4 of 2021.Pixl.One also allows users to mint NFTs from any of their Pixel space, creating an immutable copy of memes and other art. The benefits of course extend to advertisers - who will also be able to create collector's items from their marketing materials, creating lifetime value from campaigns which would typically run from 2-6 weeks. There will always be a market for people who are willing to pay top dollar for exclusive ownership rights and this can be monetized through NFTs on Pixl.One.More than Just AdsPixl.One understands the importance of creating a holistic ecosystem and to this end has built several additional services, including staking. Within the Pixl.One ecosystem, users can earn interest by becoming liquidity providers to Pixl partners that have affiliate projects, with 5% of the fee being distributed to the liquidity pool.Pixl also offers a gaming platform, enabling users to not only upload their creations but allow competitions where players can win prizes, and there is a community-led "coin of the month" section on the site, which further promotes the organic development of the industry and shines the spotlight on coins which would otherwise go unnoticed.Transparency at the CoreAgainst the backdrop of a slew of BSC-based scam projects, the Pixl.One team has decided to showcase its dedication to the core values of the blockchain - transparency and provable fairness. The core team has been fully doxxed, and the entire project has been successfully audited by Solidity Finance to ensure there is absolutely no chance of a rug pull, something that is fast becoming a norm. Of the quadrillion PXL tokens being offered, the team will hold zero tokens and 5% of each transaction will be distributed back to PXL token holders.Even the Whitepaper is hashed and users can check if any unauthorized changes have been made to ensure authenticity. The project has also had its PXL coin listed on CoinMarketCap and CoinGecko to ensure transparency and accuracy of pricing information at all times.Pixl.One RoadmapHaving a grand plan and vision for the transformation of the industry does not come for free. The project has reached and exceeded major project milestones recently, including:-- IFO: Hosted on DXSale, a token sale, swap and DeFi DAO, the Initial Fair Offering (IFO) was a resounding success.-- PancakeSwap Listing: PXL was recently made available for exchange on one of the largest trading platforms on Binance Smart Chain, PancakeSwap.-- Solidity Finance Audit: Pixl.One's code and smart contracts have been checked in depth by the reputed Solidity Finance to ensure code-level integrity.In the coming months, Pixl.One has more exciting launches such as the ability for advertisers to create NFTs and increased partnerships with different firms that will see the integration of Pixl.One advertisement system within their ecosystems. Long term plans include Pixl's own DEX, dedicated wallet and merchandising.Long-term, Pixl.One core team will also give its users absolute ownership of the project, much like DAOStack and Aragon. The team will not hold any PXL tokens, relinquishing control to the public completely. Through this, it will be the public that will dictate the direction and growth of the network, a truly Decentralized Autonomous Organization that has no central authority - a platform of the people for the people. While many projects claim to give control to their users, the fact is that they retain a significant amount of the platform tokens and retain influence, and Pixl.One seeks to uproot this tradition via their project.Pixl.One essentially changes how the traditional advertising industry works. Using blockchain, it not only eliminates the revenue eating middleman, but its democratic voting system allows only the best ads being used within contents to maximise profits for both, the ad firm and the content creator.To learn more about Pixl.One, visit the website: https://pixl.one/Additional links:- Twitter: https://twitter.com/PIXLCoin- Discord: https://discord.com/invite/CUGAc9Xc2r- Instagram: https://www.instagram.com/pixl.one/- Telegram: https://t.me/PIXLcoin- Whitepaper: https://pixl.one/whitepaper/- Audit: https://solidity.finance/audits/PIXL/- Arcade: https://pixl.one/arcade-games/Contact:Pixl Media TeamE: [email protected]