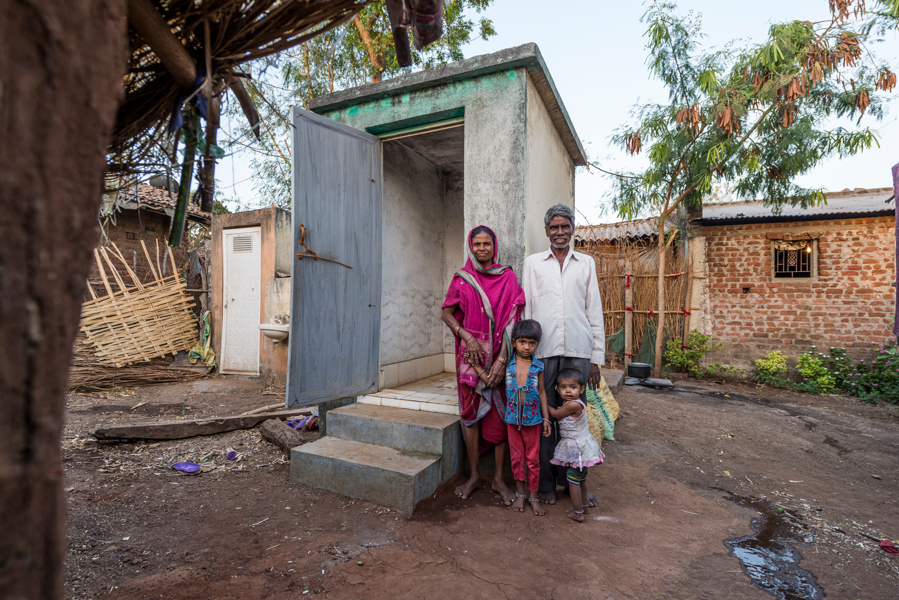 GFA World (www.gfaau.org) is installing thousands of toilets in some of the world’s remotest and least developed areas -- places where people typically relieve themselves in the bushes, by the local river, or in the street.

So far, GFA World has helped install more than 32,000 toilets in OD-prone locations across Asia.

“For millions around the world, the humble toilet is the best gift they can imagine,” said K.P. Yohannan, founder of the GFA World organisation that helps millions across Asia and has just launched projects in Africa. “Giving people the most basic necessities of life is one way of sharing God’s love with them.”

Citing progress, the organisation’s report says OD has been cut in half globally in recent years. In South Asia -- home to one quarter of the world’s people -- the number of those practicing OD has dropped sharply from two-thirds of the population to one-third.

But, the report says, about one in every 11 people worldwide still doesn’t have access to a toilet.

GFA World (www.gfaau.org) is a leading faith-based global mission agency, helping national workers bring vital assistance and spiritual hope to millions across the world, especially in Asia and Africa, and sharing the love of God. In GFA World’s latest yearly report, this included thousands of community development projects that benefit downtrodden families and their children, free medical camps conducted in more than 1,200 villages and remote communities, over 4,800 clean water wells drilled, over 12,000 water filters installed, income-generating Christmas gifts for more than 260,000 needy families, and teaching providing hope and encouragement available in 110 languages in 14 nations through radio ministry. GFA World has launched programs in Africa, starting with compassion projects in Rwanda. For all the latest news, visit our Press Room at  https://press.gfa.org/news.

One in every 11 people worldwide doesn’t have access to a toilet, says new GFA World report