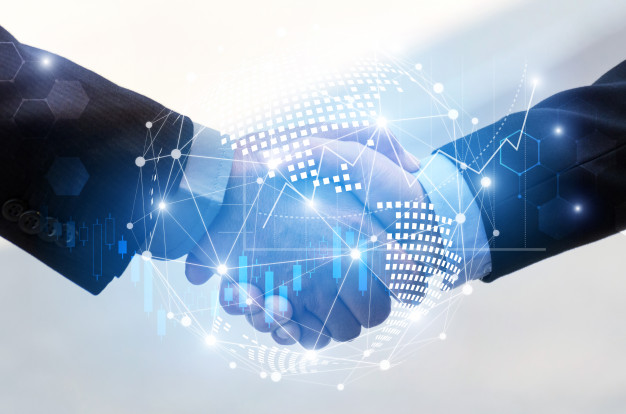 Within just 13 years of its birth, blockchain has become somewhat of a celebrity in the technology industry and for good reasons. With its decentralised network, intense data protection, and many other incredible characteristics, it is that omnipotent technological invention that can transform every other industry out there - in fact, it already has initiated that process. Many companies have started to see the promise of this technology and have begun using it for various purposes. Yet only a few have managed to harbour its true potential and have produced new solutions that use it as root, rather than as a tool. Algorand is one of those elites.

The Algorand Foundation is a non-profit organisation that believes in open, public, and permissionless blockchain, run on a Pure Proof-of-stake (PPOs) consensus protocol based on Byzantine agreement, which basically ensures true decentralisation. With super fast finalisation of the blocks, Algo became the first-ever blockchain to provide immediate transaction assurance. This essentially opened its door to every industry that requires a central control to operate and is heavily dependent on the chain of intermediaries that support and secure transactions for a huge number of people. Algo's ultra-rapid transaction delivery makes it scalable to billions of users and therefore, useful to all these industries, the biggest and the most significant of which is finance.

Algorand allows its protocol to be accessed by anyone and everyone to create profitable solutions of their own via decentralised applications and projects, no matter where they are. For each Algo-based public blockchain solution created, the foundation itself helps out with the network launch as well as the initial management and evolution of the same, with a primary objective of fostering broad network involvement and decentralisation. Together with its participants and ambassadors, the company is working towards creating an all-inclusive and truly borderless economy.

Ralph Kalsi’s Blockchain Australia has been working with the Blockchain's ever-expanding market and its multi-sector applications dedicatedly for a long while now by developing tailored and optimised solutions for its customers. The organisation offers a wide range of services, from helping build Blockchain strategies, commodifying real-life assets such as art, venture capital funds, and real estate into security token (STO) offerings; to providing business and company-specific Blockchain-based solutions. With its groundbreaking approach to different issues, the company aims to alter businesses, industries, and society as a whole by providing creative solutions rooted in the revolutionary technology of blockchain. What is more, Blockchain Australia has spread its wings all over Australia by partnering with the biggest names in the blockchain world. In the process, it has even secured one of the prestigious membership positions of Blockchain Australia, an association whose sole aim is to create a community committed to raising awareness about the potential of blockchain technology and to involve parties concerned in government and other regulatory bodies.

Algorand Ambassadors are pioneers in the permissionless blockchain system, proceeding with the goal of generating an autonomous and borderless economy that holds the potential to bring down the capitalist system which creates unfair divisions. The ambassadors commit towards expanding their decentralised network around the globe and in turn, building a dynamic and thriving blockchain-empowered community that is based on exchanging knowledge and insights. In every way, the work and visions of these two organisations are so similar that there is no doubt that Ralph Kalsi is the perfect candidate for the brand ambassadorship of this company. The cause of making a borderless economy only gets stronger with this collaboration and we hope for big changes in the finance world very soon.

Blockchain Australia are the leading agency in blockchain application and development in Melbourne, Australia. Our blockchain consultants have years of experience and can provide tailored services for organizations and businesses. We provide many highly specialised services including blockchain wallet development, which is vital to businesses online.

We have spent years developing our blockchain services so that they can be implemented in every industry possible. Our professional blockchain consultants have practised in providing end-to-end initial coin offerings and security token offerings for a variety of industries. Additionally, our experts have developed smart contracts, automated billing systems and blockchain POC (proof of concept) systems to cover all of a business’s needs. More importantly, our digital blockchain consultants are well versed in cryptocurrency (like Bitcoin) and cryptocurrency wallet development and can ensure programs that are comprehensive and user-friendly to maximise transactions.  You will not find a more experienced and professional marketing agency in Melbourne that is experienced in blockchain solutions. Get in Touch by calling … or email us today.

Blockchain consultant, and the founder and managing director of Melbourne-based autonomous company Blockchain Australia, Ralph Kalsi is officially announced to have become the brand ambassador of the prestigious blockchain protocol provider company Algora