TOOWOOMBA, QLD -- The leader of one of the largest faith-based organizations reveals how his own faith in God and spiritual journey 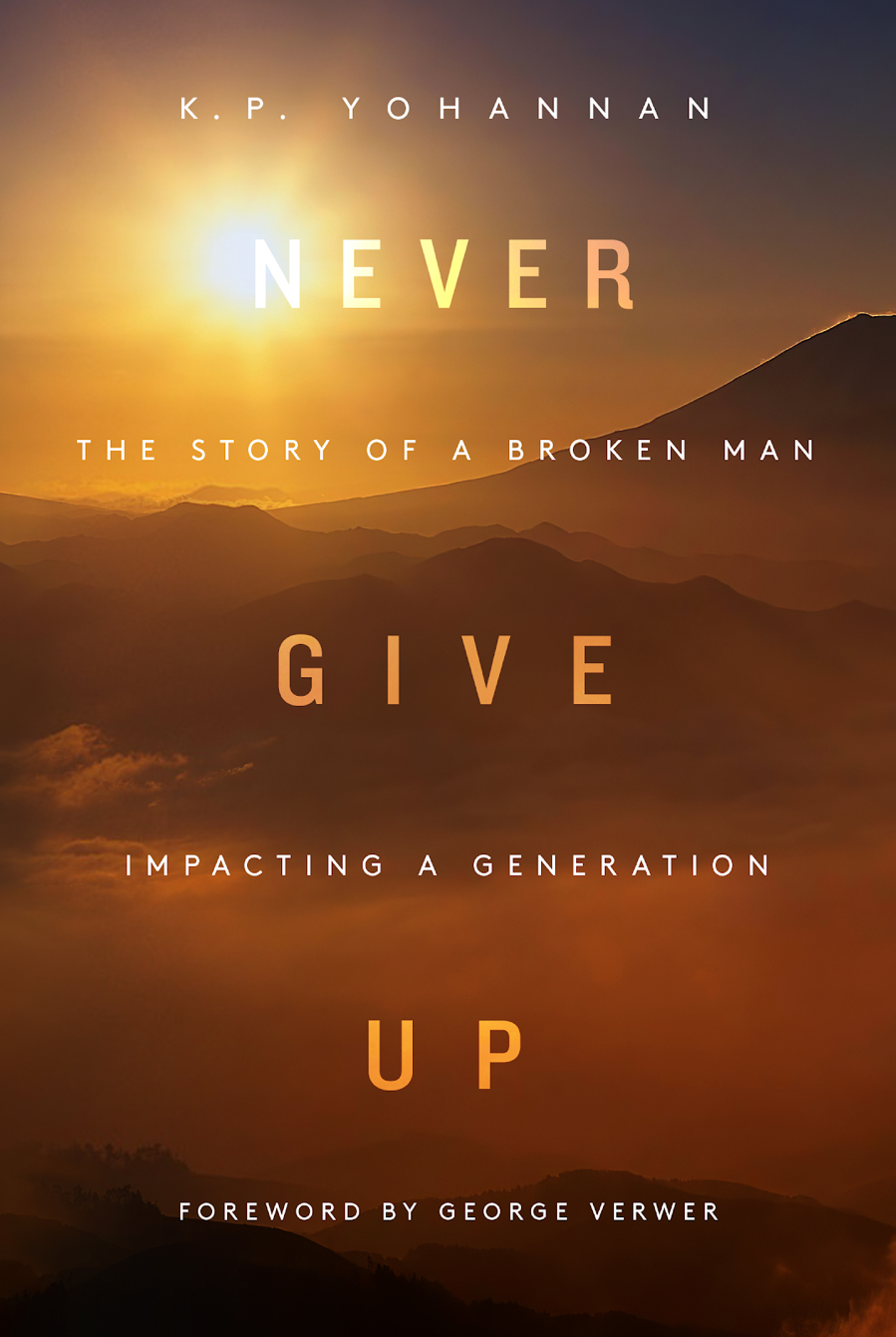 carried him through a “forest fire of grief and pain” in a “brutally honest” new book set for release April 28.

Global missionary statesman Dr. K.P. Yohannan, founder of the missions organization GFA World, www.gfaau.org, recalls how God led him through “the most difficult and loneliest time of my life” in a classic new book titled Never Give Up: The Story of a Broken Man Impacting a Generation.

The book release happens to come at a time when nearly half of American’s and Australians say they believe COVID-19 is a “wake-up call” to turn back to God and that the biblical “last days” are coming, according to a new poll by The Joshua Fund.

The veteran leader -- considered one of the most influential missionary figures of the past half-century -- said: “We must reevaluate our priorities and become the people who will have the strength to stand. I hope and believe this book will help people to do that with new-found resolve.”

Yohannan’s previous books include Revolution in World Missions -- which launched a groundbreaking movement of supporting national workers and has more than four million copies in print.

In Never Give Up (www.gfaau.org/nevergiveupbook), 70-year-old Yohannan openly discusses a gruelling four-year legal battle and how it drove him to the depths of despair. Yohannan describes how great trials produce perseverance -- and how he emerged from his brokenness inspired to show God’s love to a new generation.

The Choice: Not to Give Up

“The choice not to give up is mine -- and it is also yours,” says Yohannan in Never Give Up. “I am certain you, too, have gone through, or are even now going through, your own Gethsemane,” Yohannan says, referring to the garden where Jesus agonized before his death. “Please believe me, the sun will rise. Hold on. Let us not forget God’s unchanging promise, ‘I will never leave you nor forsake you’ (Hebrews 13:5, NKJV).

Calling Yohannan a leader with “a pure heart, great passion and vision,” George Verwer, founder of Operation Mobilization (OM) International, described Never Give Up as a “history-making” account that will inspire and help others during troubled times in their lives.

“Without question, GFA is one of the greatest works of God in our generation,” said Verwer.

Calling Never Give Up “brutally honest and refreshingly candid,” Skip Heitzig, senior pastor of Calvary Albuquerque, said: “I’ve known K.P. Yohannan for three decades. I’ve seen him in great triumph, and I watched him endure in great pain. His passion for untold millions of people is undeniable, and his passion for honouring Christ is equally so.”

Like the lion Aslan, a “Christ figure” in C.S. Lewis’s The Chronicles of Narnia, God shows up to encourage people during their most desperate moments, Yohannan says in Never Give Up.

“When you walk through grief and pain, you will see the Invisible One, and he will see you through,” said India-born Yohannan, whose ambitious vision is to bring physical and spiritual hope to 500,000 of the world’s poorest children.

“One of the most encouraging things the Lord has said to me is: ‘At the end of your journey, I am going to be there, and you are going to meet me’,” Yohannan said.

Published by GFA Books, Never Give Up can be pre-ordered at www.gfaau.org/nevergiveupbook. Media interested in select interviews and review copies should contact Gregg Wooding, InChrist Communications, 972-567-7660/ [email protected].

GFA World, www.gfaau.org is a leading faith-based mission agency, bringing vital assistance and spiritual hope to millions, especially to those who have yet to hear the "good news" of Jesus Christ. In GFA World’s latest yearly report, this included more than 70,000 sponsored children, free medical camps conducted in more than 1,200 villages and remote communities, over 4,700 clean water wells drilled, over 11,400 water filters installed, income-generating Christmas gifts for more than 240,000 needy families, and spiritual teaching available in 110 languages in 14 nations through radio ministry. For all the latest news, visit our Press Room at https://press.gfa.org/news.