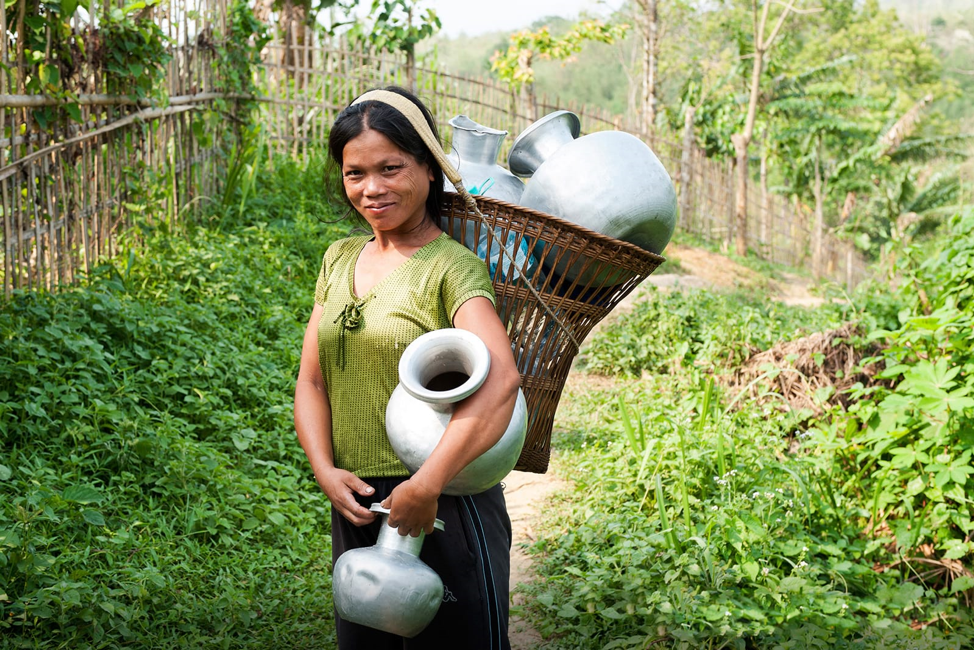 Approximately 40 percent of the world’s land surface is desert or semi-arid, placing about two billion people -- one in every four people on the planet -- in peril, says the report titled Solving the World Water Crisis for Good: Lasting Solutions Can Defeat an Age-Old Problem. The report comes just after World Water Day, March 22, a global awareness event.

“In many places, there simply isn’t enough water, and the water that people do have is contaminated,” said Yohannan, whose mission has helped the extreme poor for four decades.

Millions of people rely on dirty ponds for drinking and washing, but the water often contains dangerous toxins or pathogens, says the report.

Drinking contaminated water can lead to deadly waterborne diseases such as typhoid, hepatitis A, and diarrhea. Globally, diarrhea kills almost 2,200 children every day, according to the Centers for Disease Control (CDC).

“Despite the often devastating consequences, millions of people start each day with a long trek on foot to the nearest waterhole, possibly miles away,” Yohannan said. “Life for them becomes a dreary quest for survival.”

GFA-supported teams have led the way in drilling deep wells -- up to 1,500 feet in depth -- to tap plentiful underground reserves and bring reliable, clean water to thousands of villages where families used to drink from filthy ponds.

These deep wells -- known as Jesus Wells -- supply year-round clean water to villages prone to drought and water shortages, with each well serving an average of 300 people.

Because local people receive training to maintain the wells, the water keeps flowing. One team recently found a Jesus Well still going strong after 20 years -- transforming the lives of hundreds of villagers.

Another clean water solution -- the portable BioSand filter, costing around $30 -- removes most contaminants from dirty water, making it 98 percent pure, the report says.

In the past 12 years, GFA-supported teams have distributed more than 73,000 of these household filters, changing the lives of impoverished villagers like Nirmala whose family often got sick drinking from a polluted pond.

“We had frequent stomach problems,” she said, describing life before getting a filter in her home. “Headaches, skin problems, pain… it was a very discouraging way to live.”

Even though improvements and advances in water-purification technology have been made, the report says much more needs to be done to solve the world’s water crisis. “The best solutions arise from cooperative efforts that involve (the local people),” it says.

“By God’s grace, GFA World has been part of the solution for many years now,” said Yohannan. “People are experiencing the life of Christ because of the gift of clean water.”

GFA World, www.gfaau.org is a leading faith-based mission agency, bringing vital assistance and spiritual hope to millions, especially to those who have yet to hear the "good news" of Jesus Christ. In GFA’s latest yearly report, this included more than 70,000 sponsored children, free medical camps conducted in more than 1,200 villages and remote communities, over 4,700 clean water wells drilled, over 11,400 water filters installed, income-generating Christmas gifts for more than 240,000 needy families, and spiritual teaching available in 110 languages in 14 nations through radio ministry. For all the latest news, visit our Press Room at https://press.gfa.org/news.