Over the past summer, South Australia-based ocean environment not-for-profit AusOcean conducted a series of expeditions to produce an intensive study of Smith Bay on the North Coast of Kangaroo Island. 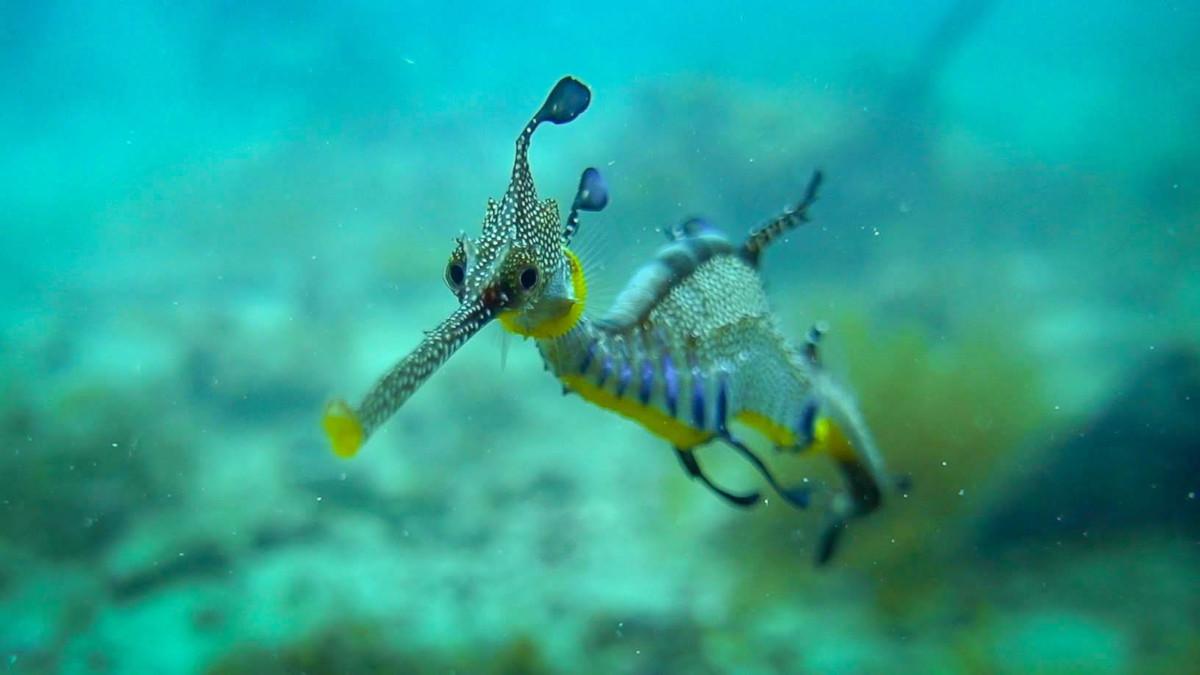 What researchers found was a rich marine environment supporting an abundance of emblematic and threatened marine species with high conservation value. This included numerous large temperate corals and a number of protected species, including those from the Syngnathidae family, such as the Weedy Seadragon (pictured).
AusOcean has now released the Smith Bay Marine Ecology Report, which highlights the inevitable damage to this pristine marine environment if a proposed wood-chip storage facility and port in the area were to go ahead.
AusOcean founder Alan Noble, a well known figure in the business and entrepreneur community and former Head of Engineering at Google Australia, said that Kangaroo Island's marine environment was particularly significant because it encompasses semiprotected Gulf waters, unprotected Southern Ocean waters and areas of confluence between the two.
"The proposed development would result in the dredging of up to 200,000 cubic metres of material and the destruction of approximately 15 Ha of seafloor," Mr Noble said. "Native species would also likely be adversely impacted by the introduction of marine pests."
AusOcean (the Australian Ocean Lab) was founded in 2017 as an environmental not-for-profit organisation to help our oceans through the use of technology.

The group aims to increase knowledge and awareness that healthy oceans are vital to our future. They harbour beautiful wildlife, provide a bounty of food, regulate the global climate, and provide many other benefits, such as transportation and recreation.

"Oceans cover 71% of our planet's surface, yet our knowledge of marine ecosystems is still surprisingly sparse," Mr Noble said. "We are partnering with other organisations working in the area of marine conservation, such as Kangaroo Island Dolphin Watch and many more.  AusOcean's contribution is to develop and apply technology for solving ocean science and conservation challenges."

Over the past summer, ocean ecology group AusOcean conducted a series of expeditions to produce an intensive study of Smith Bay on the North Coast of Kangaroo Island.